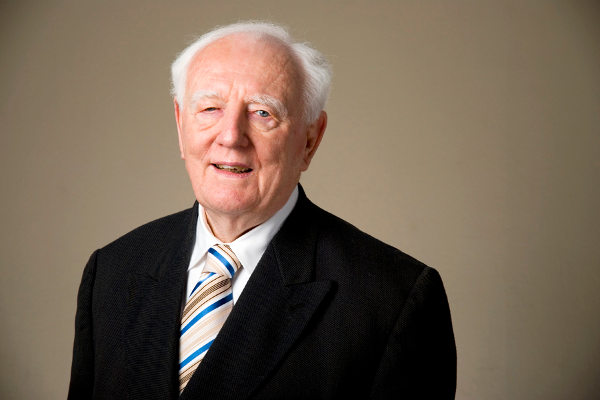 When we die, the Lord Himself or His angels will come and take us directly to heaven. I witnessed a demonstration of this with a 22 year old French girl named Madeline. She was a student at the Bible school we had in Switzerland. For six months before her severe illness she had been getting up very early in the mornings and seeking God. When she was later lying on her deathbed, I had a vision of the gates of heaven, and a beautiful white path of intense purity came down from those gates to Madeline’s bed. The Lord Himself walked down that path and touched her. She came out of her body, clothed in a beautiful white garment. When the Lord offered her His right arm, she slipped her arm through His, and they walked up that path together.

At Madeline’s funeral, as we laid her to rest in that Swiss village cemetery, we had a tombstone placed over her grave. The French words engraved thereon were those of Revelation 19:7, “And His bride has made herself ready.” Beloved, are we preparing as Madeline? Are we making ourselves ready? Our goal must be to faithfully seek Him, obey His will, and be ready for that allotted time when we are to finish our race.

Our place in heaven is given according to our development here on earth. The saints in heaven will differ in rank and responsibility. This is proven by many scriptures. Moses and Elijah are called the anointed ones that stand before the God of the earth, Rev.11:4, Zech.4:12-14. Daniel has his appointed lot, Dan. 12:13. Teachers of righteousness are called great if they are faithful and live what they teach, Mt.5:19. John the Baptist has a pre-eminent position, as shown to us by Christ when He said, “Among those born of women there has not risen anyone greater than John the Baptist,” Mt.11:11. The humble man is also given an elevated position as is seen in Matthew 18:4, “Whoever humbles himself like this child is the greatest in the kingdom of heaven.”

I knew a pastor who has gone on to be with the Lord. One of the members of his congregation had a vision of what it was like when he went into heaven. An angel met him and took him to a large room with hundreds of people. Then these people began to greet the pastor. They welcomed him to heaven and said, “Thank you for that prophecy” or, “Thank you for that message; it did so much for me.” Others continued, “Thank you for that pat on the back; it meant so much to me,” or, “Thank you for that encouragement you gave me.” Each of these would be called a small thing here on earth, but they were well remembered in heaven. The angel standing there placed a precious stone in the crown of this pastor for every one of these events in which he had blessed his church members.

Sadly, there are many others who do not finish their race well. And just as there are different levels of positions and glory in heaven, so there are different levels of punishment and torment in hell. The Lord made that very clear when He said in Matthew 11:23-24, “And you, Capernaum, who are exalted to heaven, shall be brought down to hell. For if the mighty works which have been done in you had been done in Sodom, it would have remained until this day. But I say to you, it shall be more tolerable for the land of Sodom in the day of judgment than for you.”

The eternity of those who have known the truth and turned aside is far worse than of those who had never known the truth. This fact is illustrated by the testimony of a youth who was taken by the Lord into hell, as recorded by the ministry, Light for the Nations: “. . .we came to the most terrible section of hell, where the worse torments happen — the center of hell. There we saw the most concentrated forms of torment; such torments that a human being could never express them. The only people here were those who had known Jesus and had known the Word of God. There were pastors, evangelists, missionaries, and all types of people who had once accepted Jesus and had known the truth, but then had lived a double life. There were also other backsliders; and their suffering was a thousand times worse than anyone else. They were shouting and begging the Lord for mercy, but the Word of the Lord says in the book of Hebrews 10:26-27, ‘If we deliberately keep on sinning after we have received the knowledge of the truth, no sacrifice for sins is left, but only a fearful expectation of judgment and of raging fire that will devour those who oppose God.”

“Those souls were there because they had preached, fasted, sung, and lifted their hands in the church, but outside the church they were committing immorality, lying, or robbery. We cannot successfully lie to God. In Luke 12:47-48 the Lord said, ‘That servant who knows his lord’s will and does not get ready or does not do what his master wants will be beaten with many blows. But the one who does not know and does things deserving punishment will be beaten with few blows. From everyone who has been given much, much will be required; and from the one who has been entrusted with much, much more will be asked.’”

As I contemplate the many years of my life, I have seen so many fall by the wayside, some even after walking uprightly for many years. Ezekiel 33:13 says, “If I tell the righteous man that he will surely live, but then he trusts in his righteousness and does evil, none of the righteous things he has done will be remembered; he will die for the evil he has done.” What is most important is how we end the race of life. May we end our life well, by the favor and grace of God.